The difficult situation that you cannot change the seconds before the explosion should respond and de-escalate her approval and humor.

A squirrel trapped in a wheel has no sense of humor, it is too serious... if she had laughed and flopped on her ass, the wheel would have spun her around and thrown her out.

Attitude with humor to the fact that a good lot of bad... it means that and bad a lot of good.

Below the dam of the conflict is not full, it makes sense to find an extra reason to escape. You will help joke, urgent, emotional, escape, etc.

They're not only afraid of being funny. They are afraid to appear stupid and weak, ugly and bad. They fear that they are not admired or loved... These people are literally filled with fear. Demons fears literally driving them crazy.

Rituals provide unity people, unity this love.  Life is a movement, so that rituals do not become boring, the action requires humor, beauty and diversity.

The path of knowledge is the path of love, laughter and joy.  To know a thing, it must smile, that is, love.

Humor  really  helps  to  put  up  with  personal  stupidity.

One  should  treat  non-deadly  errors  ironically. 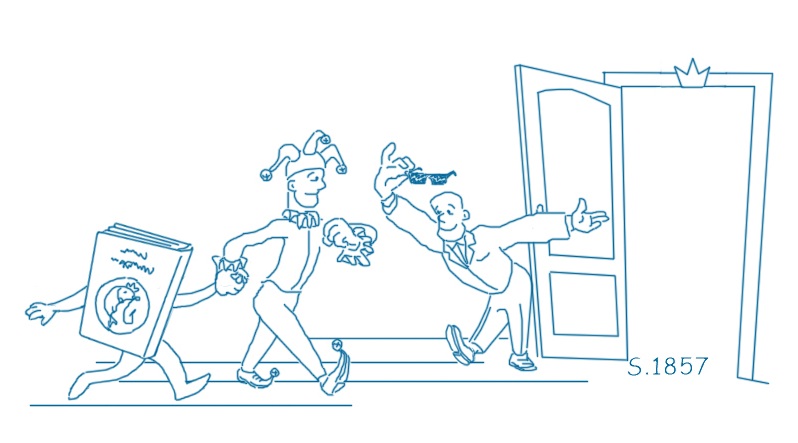 What is a book,
not like a handful of someone else's fate,
that with hunger
shove it in...
Chewing, choking
and then you fall asleep full.
Here is, for example, the plot:
conic rode dude whistles,
blow from all the dope on the petals of mills...
everyone in his own way:
who is stronger, and
who and make-believe...
Metaphor, perhaps…
Well, who knows.
But the plot dynamic,
with a sense of humor...
We set off...

It  demands  special  skills  to  use  the  two  tools  together.

TV is a collection of half-truths.
I see an interesting picture...
The crowd is wise.
People-millions of indulgent and
mocking people...
laughs at journalists,
laughing at politicians,
laughing at the officials,
understands,
reads Newspapers, watches TV -
this useless chronicling the life,
this set of meaningless words-templates
and pieces that survived centuries,
and for the starter -
set of gossips of different volume.

On the other hand,
thousands and forgiving
mocking politicians,
officials and journalists
something written and said in the Newspapers,
TV, radio...
Everyone understands.
Everyone laughs at everything.
All wildly funny...
And events life, meanwhile,
flow, as they should flow.
NO... Of course there are fools -
rabbits, hang the ears,
but for the most part, everything is clear to everyone.
However, this does not change anything...
And most importantly, we can not say that
someone is lying or someone is being deceived.
Moreover, all this talk
it's a dance, it's a ritual.
Nobody believes in anything,
but it must be done.
Everyone plays their part.
The game continues.
In between running days,
life flows...
Some have business and money,
for other shows, leisure, killing time.
Everyone is happy...

Humor is an art. For humor need a sharp mind and quick response. Stupid and narrow-minded man is far not only from the mind and intelligence, but also from good humor.

If a person wants to learn to joke, he should understand and understand the nature of humor.

People intuitively feel-that funny and that not funny. And, nevertheless, to understand the nature of humor will be useful to everyone.

The main idea and meaning of the joke is based on the discrepancy between the expected development of events to what is actually happening. Everyone is used to... we are sure ... we expect that "something" should happen in this way and in no other way, but everything happens completely unexpectedly and in a new way. There is a discrepancy between what should be and what is. Mismatch of expected and actual.

We can distort statements and thoughts we no longer believe in. Can make fun of people whose pathos and importance exceeded all measure. We can laugh at people's reactions to unexpected situations. And situations should be constructed so that they do not lead to death or injury.

In fact we can talk about 8 types of jokes:

1. Ridiculing important people and those in power. Neglecting their authority, creating for them situations where the expected diverges from the actual. Identifying their qualities of character and behavior that are contrary to their importance and smugness. Or, on the contrary, emphasizing some of the positive properties of their character, in the most ridiculous situations.

2. Ridiculed the vices and traits inherent in those or other people and groups of people: cowardice, self-righteousness, infallibility, stupidity, weakness, low qualification, drunkenness, moral shortcomings, the person is not in his place, high expectations, etc.

4. Violation of sense of proportion. A violation of form, harmony, and proportion. Details, to the detriment of the General hypertrophied increase (or, conversely, decrease).

5. Sex and everything connected with it. But ridiculed not the sex per se, but a situation that violates it templates and familiar developments. The discovery of facts that a person does not want to admit, the denial of reality, some absurd situations. Ridiculed inflated expectations of partners, their reassessment of themselves and their importance in the life of a partner.

6. Wordplay, similarity of words and their meanings (a rather complex type of humor, is considered highly intelligent).

7. Reaction to an unusual and unexpected situation that violates the patterns. For example, a laconic and calm reaction to where in reality there would be shouts and discontent.

8. Absurdity and hypertrophy of vices and stupidity. Absurdity as a tool of chaos, an important source of novelty that makes humor successful.

The enemies of good humor: lack of novelty (old joke, all already know and heard 1000 times), rudeness and excessive vulgarity, haste, and neclenorazdelnaya, unsuccessful topics, such as injury, death, or threat of the disease, some "patients and acute" for the audience of listeners questions that undermine their feelings or causing them pain.

A joke said off-topic, at the wrong time, or in the wrong place is a Prime example of a bad joke and the stupidity of the person who voiced it, even though the fact is that formally, the joke itself was good and funny.

Nothing can spoil a good joke more than wanting to say it in the wrong place or at the wrong time... or worse, not on the topic of conversation.

Everyone finds it nice to get something. You go through the effort of doing something and get a reward for this. The more efforts you make, the bigger reward you'll get. Something hard-gained and valuable is really precious while something that comes cheap is not appreciated.

There is a belief that material which is spoon-fed to pupils is something that every teacher should be aimed at. And it seems to be right when a teacher presents some material as easy and understandable as possible. But statistics show that it's a delusion. As one doesn't even appreciate something that is very easy and considers it to be less important. Especially when everything in life is hidden and covered. That's why it's difficult to search for information on one's own without having the skill of "nutcracking".

There are several effective ways to present information to pupils and students, that would help a teacher make them understand it.

1. The advantages of the surprise effect. Any unexpected or surprising thing that brings something new is easy to memorize.
2. Words which have beauty, simplicity and laconicalness.
3. Something that may trigger emotions – be it fear, threats, pain, pleasure, anger.
4. Some charades which have a distinguished style of being absurd or enigmatic but at the same time have a deep hidden meaning. A perfect example of the absurd style is Mr Nietzsche's thoughts and beliefs.
5. Humor and irony as great information holders. Murphy's Law and Parkinson's Law are perfect examples of it.
6. The grain of truth hidden in a dustbin. Texts of this kind are used mostly in philosophical and religious literature. Too many unnecessary words and suddenly- there may be something great. In the background of meaningless verbiage some great thought may seem a masterpiece and its meaning may seem really deep.
7. Battologizing and repeating oneself. Something that is stable and lasting in its existence while being proved from various sources, is accepted as ultimate truth.
8. Lyrical digressions that have humor and beauty and dilute a concentrated flow of information.

Don't  take  everything  too  literally.  A  rigorous  form  is  definitely  a  good  thing  but  there  is  a  place  for  humor,  irony,  abstact  things,  pseudoabsurdity  and  symbolism  as  well.

If  the  victim  seems  dangerous  to  him,  starts  telling  something,  blathers,  expresses  disobedience  or  disagreement,  the  strong  will  make  every  effort  to  neutralize  the  resistance,  up  to  total  elimination  of  the  victim. 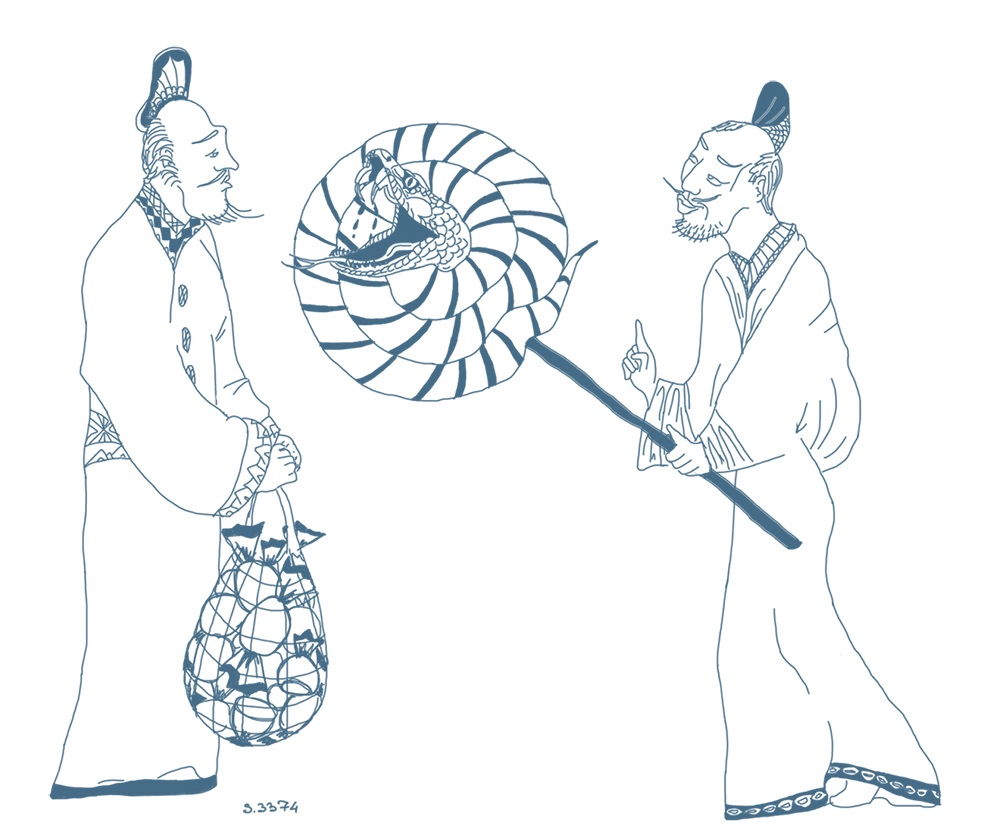 Absence  of  beauty  is  like  absence  of  salt  that  makes  everything  tasteless.

Humor, wit, novelty, originality, surprise, these are seasonings, without which the dish turns insipid and tasteless. However, there are also delicious sauces: tradition, stylization, genre... Classic taste will not leave indifferent true connoisseurs.

Actors  with  sad  or  wry  faces  usually  get  particular  roles  from  a  producer.

Roles  differ  but  sometimes  it's  possible  to  break  the  character  and  be  yourself  for  a  while. 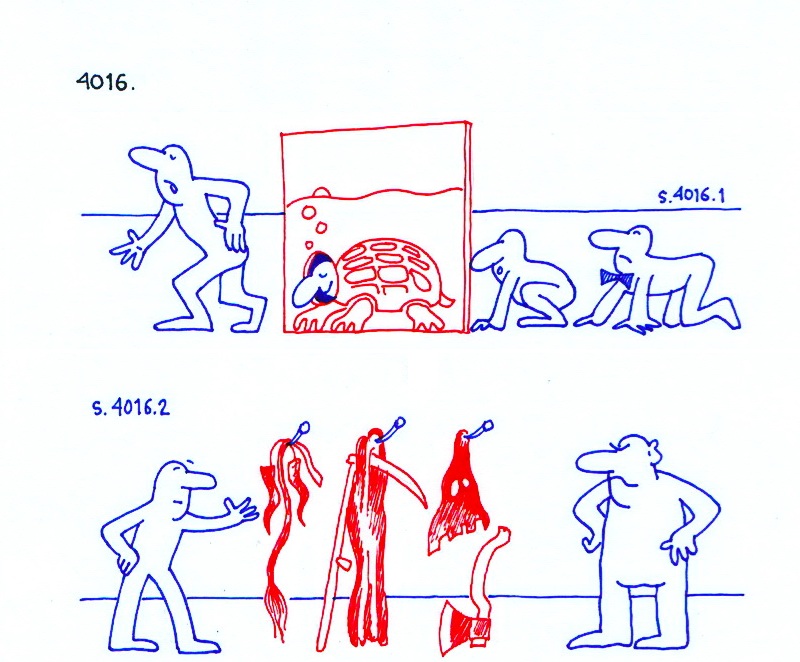 We have to cause our audience emotions:
surprise, pleasure, pain, joy, fear.

Humor is a particular example of revelation. An instant change in the pattern of thinking generates either laughter or shock... either joy or fear.