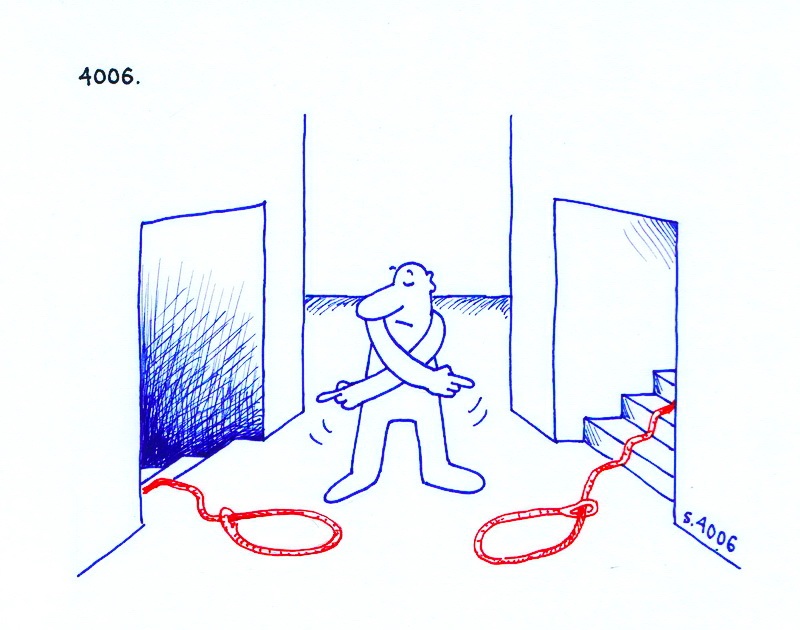 Remember Dante. The key to salvation from hell is hidden in plain sight. On the gates of hell is written: "Abandon hope, everyone who enters here", the road to hell is paved with good intentions. And hell is created by love, but not the one that is real, but the one that passion, lies and fear.

One  may  be  put  to  hell  mistakenly  but  never  undeservingly.

The devil builds Paradise in illusions, and God - in reality.  But the devil invented a lie - a sham Paradise on earth, like cheese in a mousetrap, beckoning rats to his illusory Paradise.  The problem with the Paradise of illusions is that he is afraid of time and inevitably plunges into the darkness of nothing.  Millions of years of loneliness in the darkness alone with their vices are so terrible that the righteous always sympathize with sinful souls.

Paradise is when you work for the good of beauty. Hell is when you indulge in pleasure. Peace is the oblivion of darkness by nothing that craves beauty and is willing to pay for it with pleasure and joy.

The mechanics of loving God are very similar to loving a woman.  You need to love a woman completely, not just her angel.  If you accept and tolerate everything that you don't like, you will be given a chance to go to heaven.  To get to heaven, you have to accept hell.

Fish very much dream of Paradise.  Stupid fish are very jealous of a Man living on a Paradise island.  Fish also want to live as human beings.  Fish thrown on the shore, fish jumping in the network.  Pisces are ignorant, they do not know that it takes a long time to evolve and work on themselves to get out of the ocean to the ground.  Fish don't know that Paradise is full of predators.  Fish do not believe that gills and lack of legs is a big problem.  Pisces is extremely stupid.

Life in Paradise inevitably dies, because shivers, eating sugar, produce alcohol, which then kills them.

A  tip  for  sucking  sinners-  infinity  in  hell  drags  on  and  seems  intolerable. 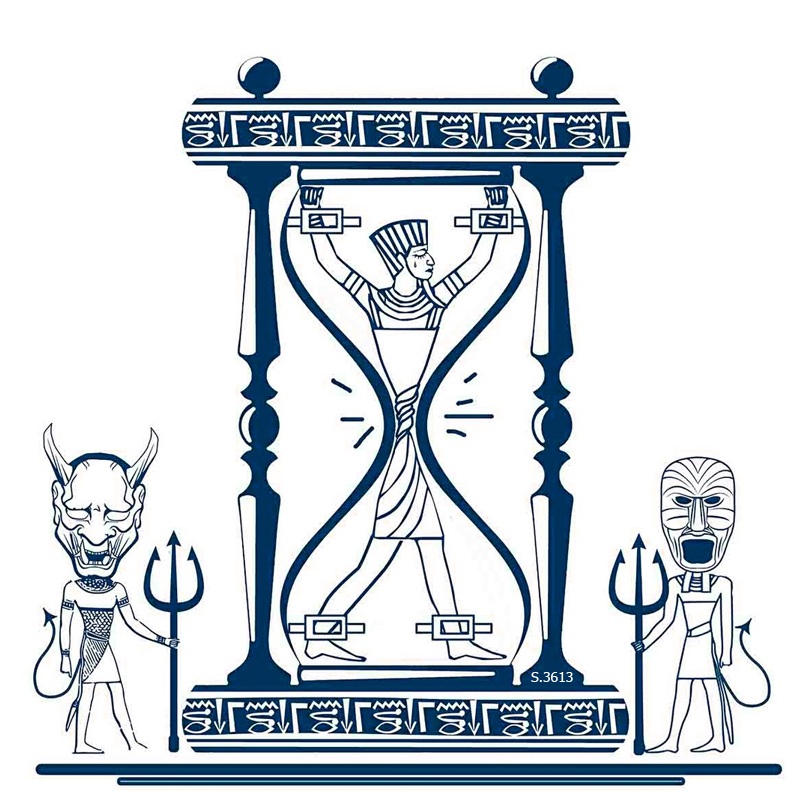 Until a person repents and realizes his sins, he will burn in hell.  To be saved from hell, you need to give up hope of your salvation, love your sins, pain, and hell...  Through love, you will realize all your mistakes and be saved.

What do you think they want for money, power, career, academic titles, etc.? You think they're good and smart? Maybe so, but most are driven by fear and hell in the soul. Most interesting thing from hell, it still does not save them. 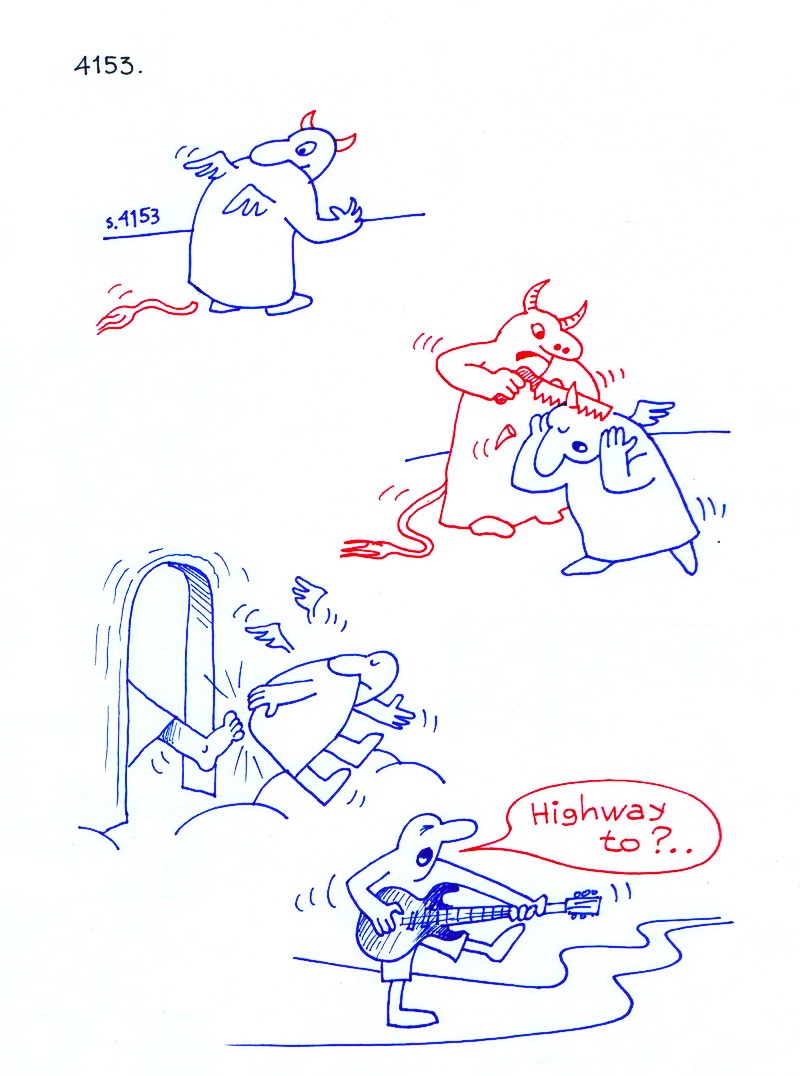 We will burn in hell for what we have not done,
for time and resources are spent,
and the purpose of life is not realized.

In Zipolite I dreamed Paradise,
then
flies came to Paradise,
merchants and traded than something very unnecessary…

Psychoanalysis believes that the problem is unconscious desires.  There is some truth in this, but there is another problem.  Man is not simply not aware of his desires or wrongly aware of them, first of all, he does not know how he can satisfy them.  It seems that whatever he's doing, all to no avail and hell is inevitable.

Demons in Paradise, uneasy and even scared, terribly tormented by cognitive dissonance.

There is no need for fools to prove anything, let them go to hell with their ignorance.

He who helps sinners goes to hell himself.

Critics,  censors,  editors  are  also  some  kind  of  cleaners.  Their  task  is  to  make  creators  forget  doing  nothing  and  start  working  on  the  uniqueness  and  perfection  of  both  form  and  content.

Any  cleaner  who  destroys  something  that  is  on  its  way  to  perfection  and  uniqueness  will  burn  in  hell.

On  the  other  hand,  criticizing  those  who  have  reached  the  goals,  is  quite  suitable  as  it  saves  people  from  pridefulness  and  inflated  ego.

Don't punish sin, sin itself. In one hell all sinners for their sins will burn.

This world was created long ago.
They say everything that can be said has already been said.
They say there will be nothing new…
What boring people you are!
Bored God will be very displeased with You…
Are you ready to burn in hell for lack of imagination?

I never found the Paradise I lost, but I found some other new Paradise, even better than the old one. The expulsion of men from Paradise was the greatest boon of God. The desire to regain what is lost is so great that it gives strength to live countless generations of people, otherwise they would have long since died out of boredom.

While people were looking for the old Paradise, they have already found or built dozens of new Paradise places, hundreds of times better than the old one. And all because the lost seems at times large and compensate it is not so easy.

I  think  that  paradise  is  meant  only  for  those  people  who  die  happy  and
satisfied  with  well  spent  life  and  fulfilled  goals.

Screaming about other people's sins, most likely, screaming with joy. Yay! He finally found someone who looked like him.,
hell won't be so lonely.

Sinners have to burn in hell and this is an ancient as the world truth. The only caveat is that this hell is here on Earth, and burn the person starts during his lifetime. Beating demons is Providence's favorite joke. If life hits a man and hurts him, it just wants to beat the sins out of him.

Very often the man himself does not know and does not see his sins. He may be full of pride, vanity, complacency, greed, stupidity, or be a traitor. It is very difficult for a person to see sin inside himself on his own. If pride can still be recognized in oneself, then greed is more difficult to recognize, and stupidity is almost impossible to recognize. That's what pain is for. When a person is beaten, it means that life expels sins from him.

The classic scheme of exorcising demons is occupational therapy and beating the possessed with sins. The demons of pride and greed demons are lured to hell via "nadrezanno Apple" or "cheese in a mousetrap", so to speak, enter him into temptation, offer him something shiny that he is ready to give his soul (as a rule, is a fiction and deception). Then the Demon put on the yoke and begin to beat him up and piss, forcing to work till the 7th of sweat from morning till night. Under the influence of such occupational therapy, the Demons of sin often leave their master, so as not to be subjected to such bullying, and the person finds freedom.

Such occupational therapy and beating are very useful from all sides:

First, demons are very strong, and if harnessed and forced to plow, they will work very hard and bring great benefit.

Secondly, all other people, seeing such a beating sinners, imbued with fear of sin, so as not to be in such an unpleasant situation.

Third, it is possible to torture a Demon so that he will be frightened and run away, freeing the human soul from its painful presence.

My reader may think that I am telling something from the realm of myths. But no. I tell how in real life greedy, stupid, arrogant people are usually punished by other people. Their "check for lice", tempting bait, and those who gets the hook, take in slavery, heavily exploited and bullied. 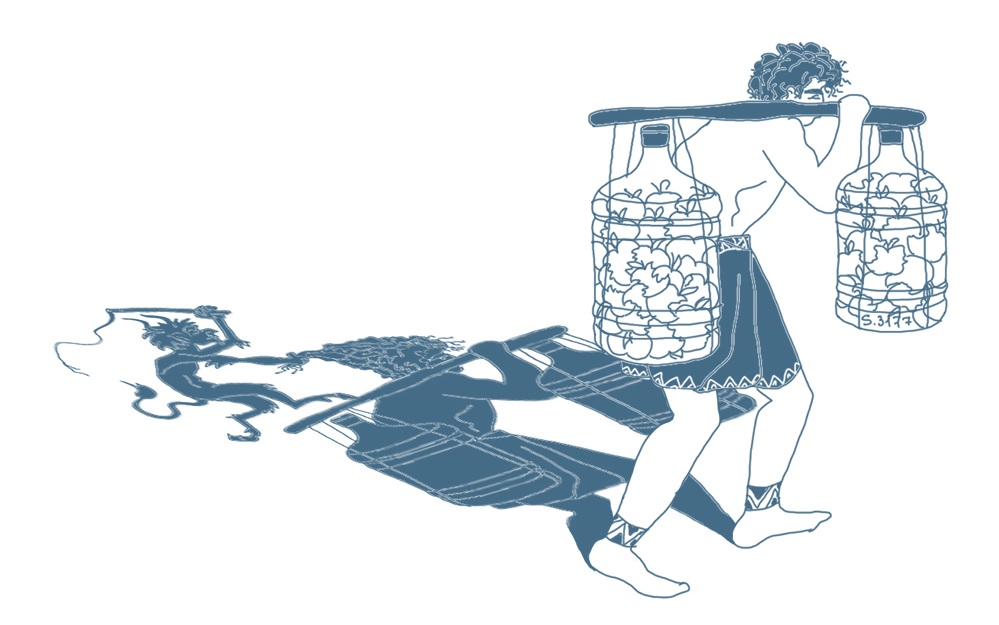